London Sprawling; or, the Promise of Maybury. There was an old woman who lived in a shoe; She had millions of children who went fro and to; She gave them tubes, tramways and buses galore, But still they kept asking for more, more and more. ["As the people go out we must have rapid transit - more Morden tubes.... We are disseminating the people." - Sir Henry Maybury, Director-General of Roads, in his evidence before the Royal Commission on Cross-River Traffic.] (cartoon showing London sitting in a shoe with transport and commuters whirling around during the InterWar era) 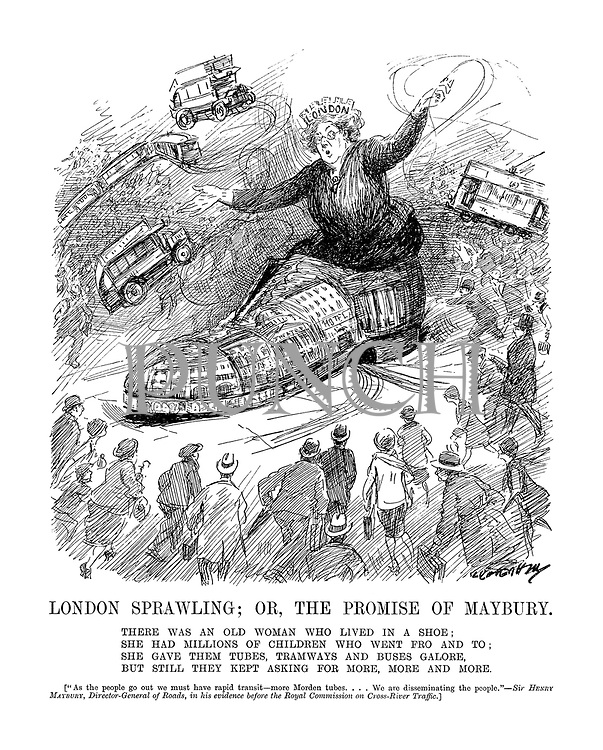