back to search results

The Two Winstons. The Winston of 1925 (to Mr Bridgeman). "Who's your friend?" Mr Bridgeman. "Oh, this is the Winston of 1912. He agrees with me in putting the nation's safety before economy." [Extract from Punch's "essence" for March 27th, 1912, when Mr Churchill was First Lord of the Admiralty in a Liberal Cabinet: "First Lord submits naval estimates for the year. Recieved with plaudits from the opposition; listened to in ominious silence below Gangway on Ministerial side."] (a cartoon showing Churchill dopplegangers, one with Cash Box and one dressed in navy uniform near William Bridgeman's Plans of Cruisers during the InterWar era) 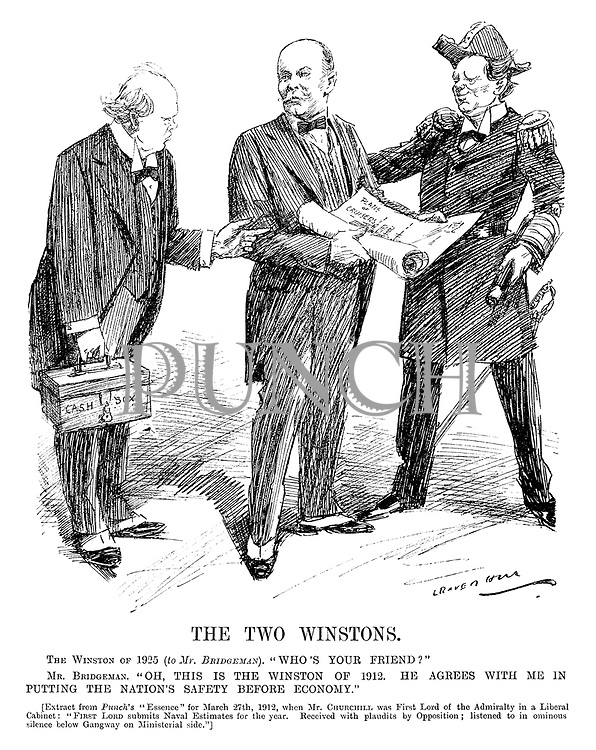