back to search results

An Undesirable. Home Secretary. "We can't have you here." Trotsky. "But I'm an old friend of the house." Home Secretary. "Yes, I know. That's why." [During an interview which he gave various reasons for his request to be permitted to visit England, Trotsky is reported to have said: "The party which for the second time assumes power in Great Britain believes that the difficulties created by private ownership can be surmounted.... I want to see how it will be done." Mr Punch's cartoon expresses a speculative hope, not a prediction, that Trotsky's curiosity will be discouraged.] (an InterWar cartoon showing John Robert Clynes refusing Trotsky entry to Government House) 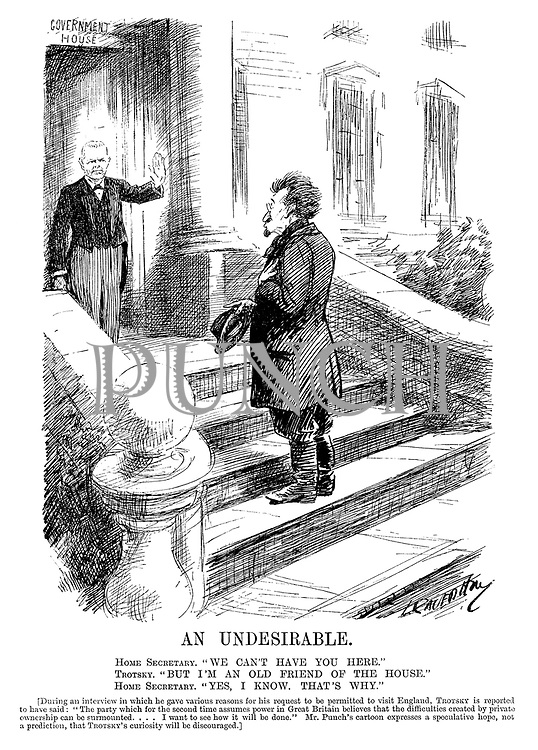